When I woke up the sun had moved 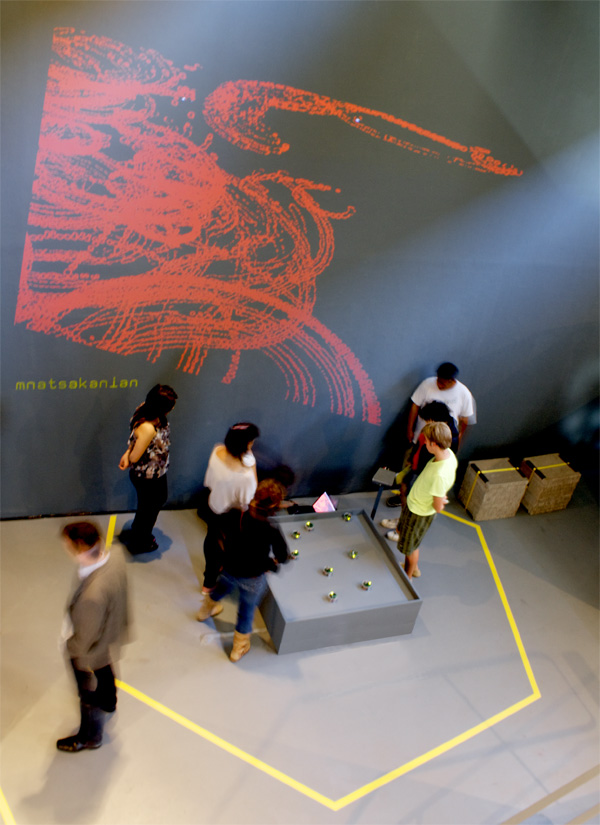 When I woke up, the sun had moved is an installation in the minimalist spirit, and it's about movement, created by robots. Movement has always interested visual artists and has resulted in a description, such as with futurists, or the mechanical movement, such as with kinetic artists. Minimal and post-minimal sculptors have also dealt with movement, by using fragmentation and repetition of forms in the space. As an evolution towards movement and freedom, post-minimal sculptors proposed free forms and dispersion in the exhibition space, an allusion to movement.

9 small, wheeled robots move around and follow choreography. They dance to the sound of a soundtrack and sometimes interact with each other. They resemble post minimal sculptures, but they move in real time. They create a visual performance to be seen by the viewer, on a purely formal level, where colors and shapes move and create different compositions.

When I woke up the sun had moved, 2011, San Francisco Art Institute